I recently got a small keychain multitool called True Utility Fishface, which amongst other things has a bit driver on it. It is basically just a hex-formed hole in the multitool, and can be used to drive any sort of standard screwdriver bit. The Fishface also comes with special dual bit, which is fastened to the multitool with to small rubber bands, and consists of two sizes of the cross-point/Phillips screwdriver head. 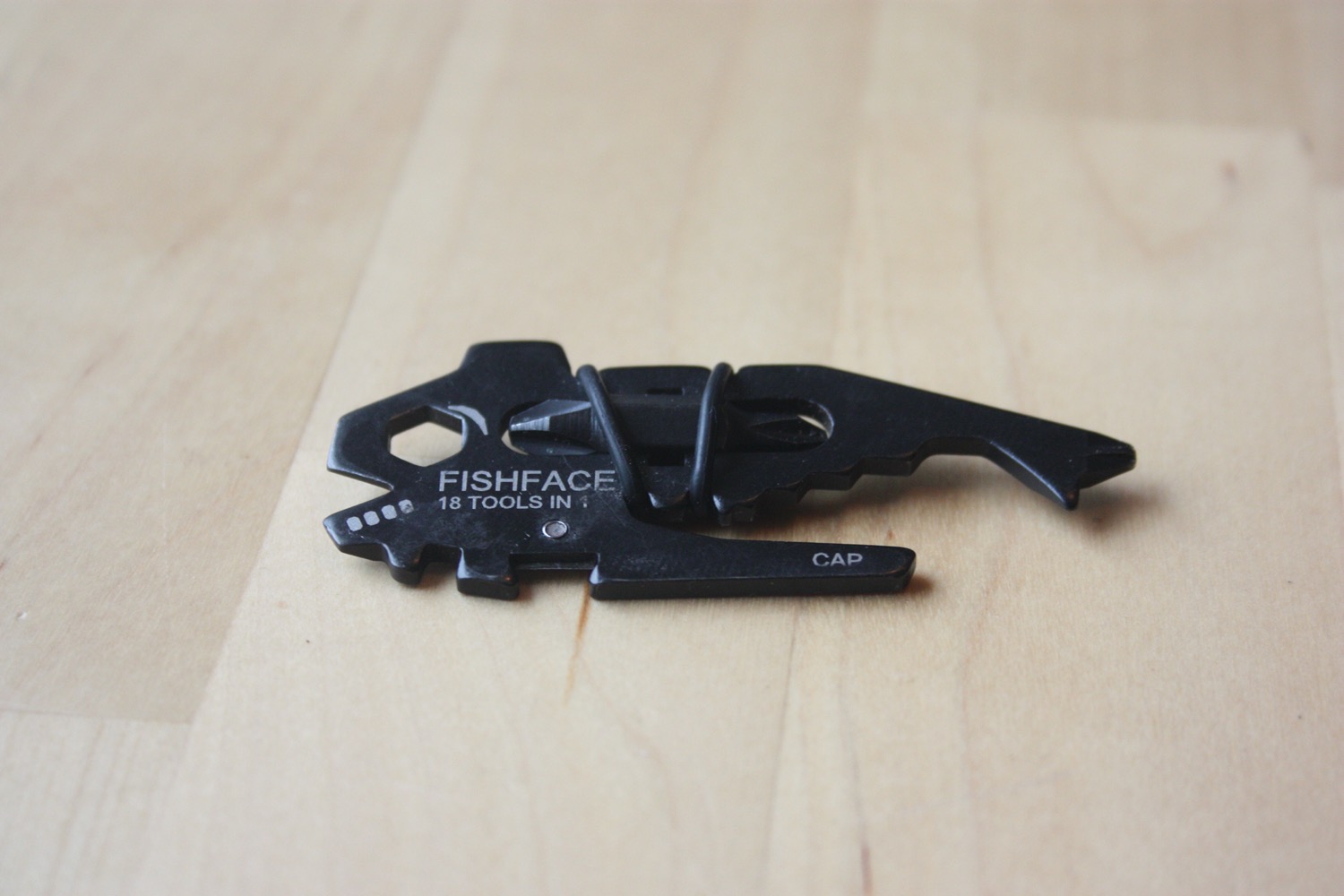 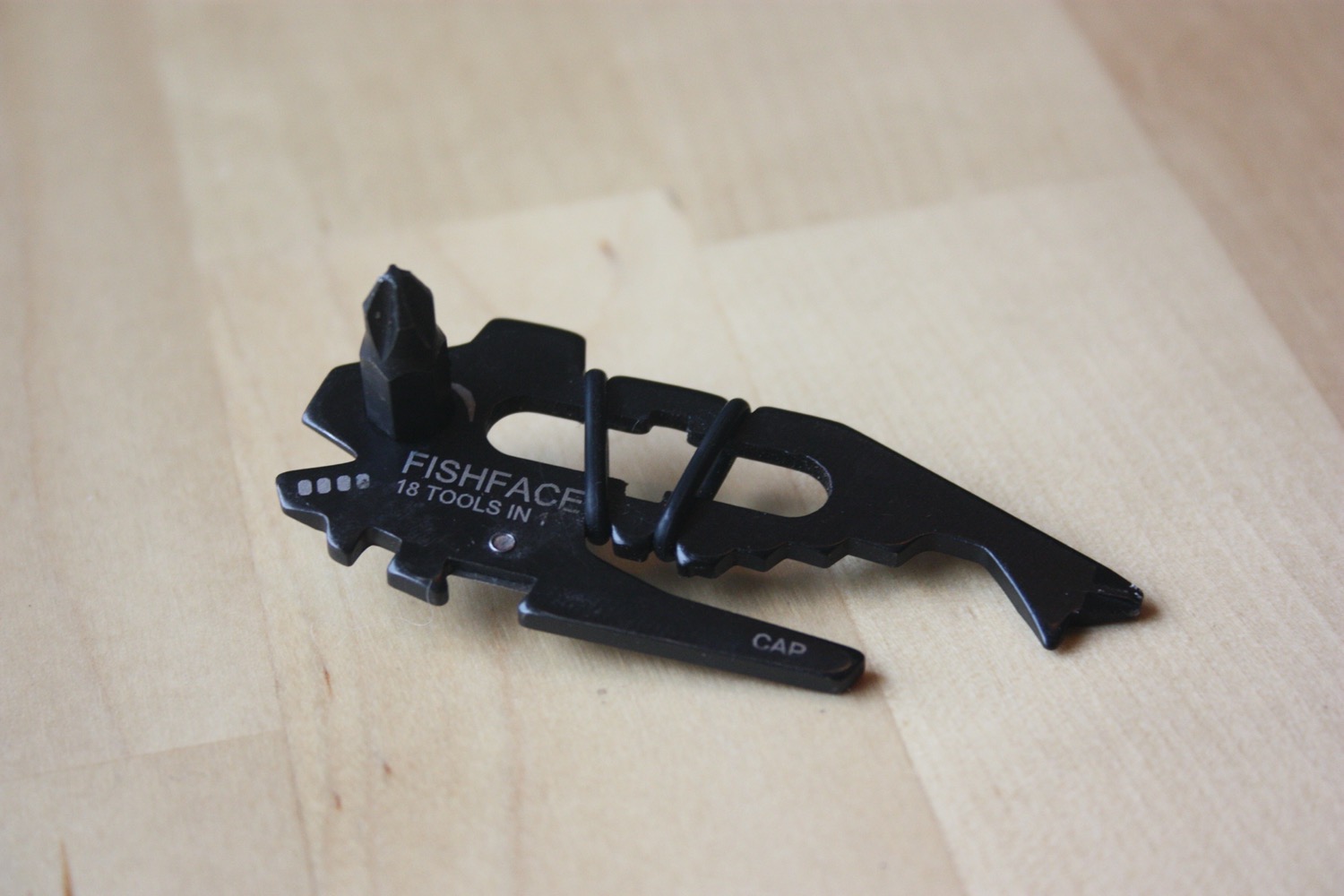 The Fishface with the dual bit in the driver.

One of the main advantages of carrying a multitool with a bit driver is that it can be adapted for your specific needs. For me it is very useful to carry hex bits, specifically the 4mm and 5mm, since those are commonly used on just about everything on bikes. But how to carry the extra bits I need? One nifty solution would be to drill a hole in the bits, and then they could be fastened directly on the keychain ring, but I do not have the kind of tools needed for that operation. While doing some brainstorming, my eyes landed on a pen on my desk, and suddenly I realized that the shell of that pen was the perfect size for housing a couple of bits. 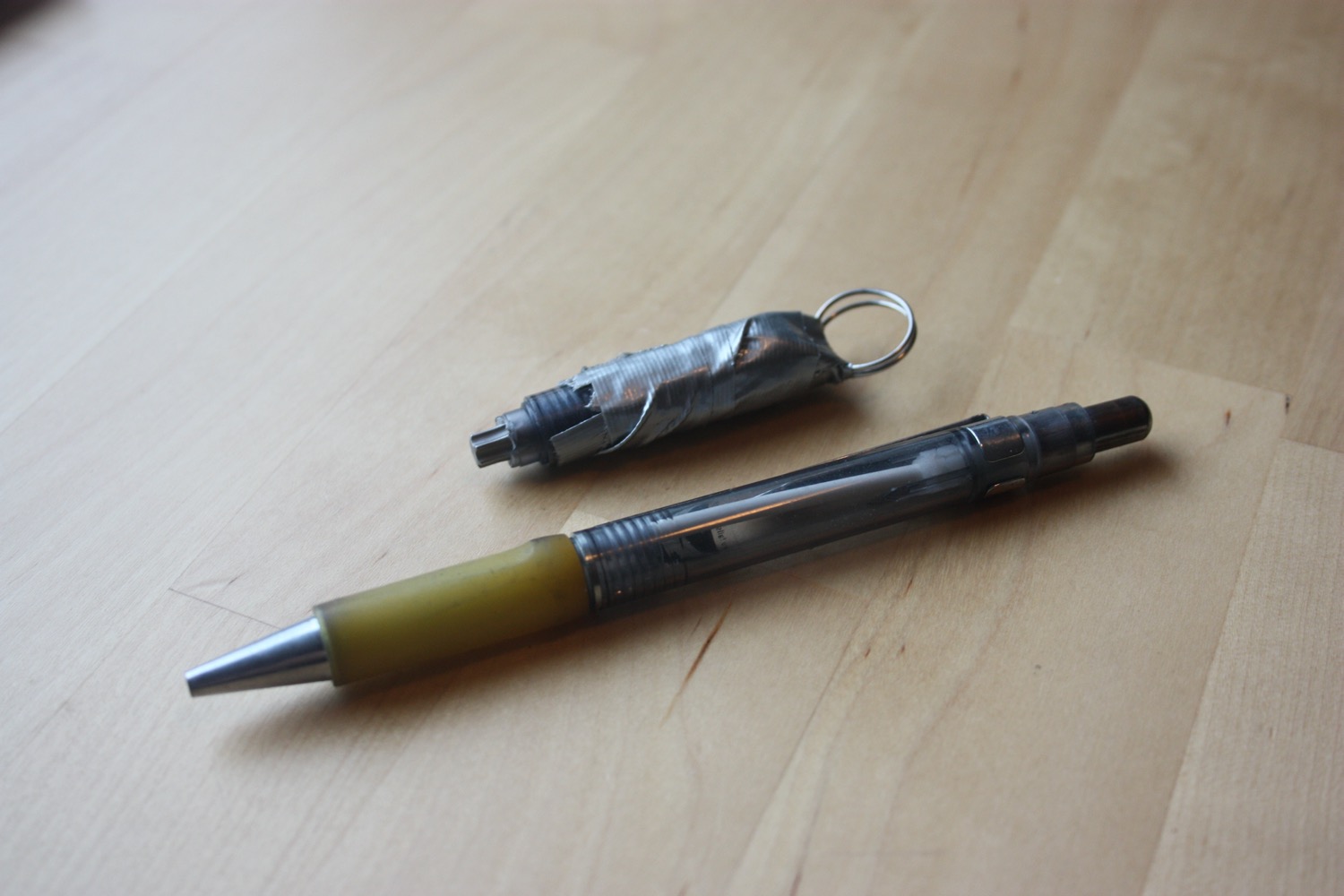 An identical pen to the one I used for making the bit holder, alongside the finished "product". The two items are aligned, so you can see where I cut off the top and bottom of the pen.

After gently sawing the plastic of the pen in the appropriate plazes, using a serrated knife blade, the remaining cylinder could fit the two bits I want to carry around. In one end I fastened a keychain ring with some duct tape, and the other end is closed by screwing the small remaining piece of the bottom part of the pen into place. The bottom part of the bit holder is actually open, but the hole is to small for the bits to fall out. 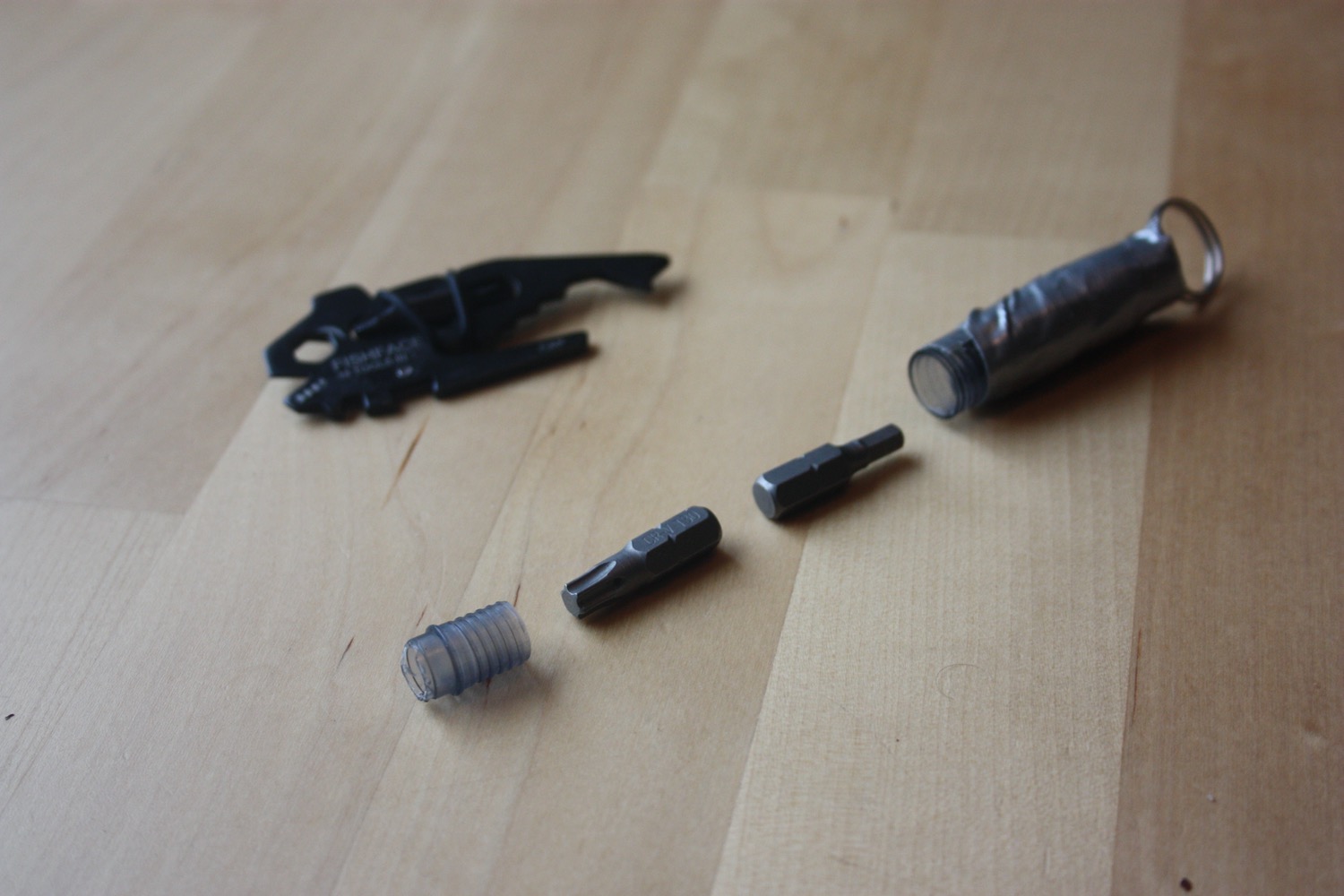 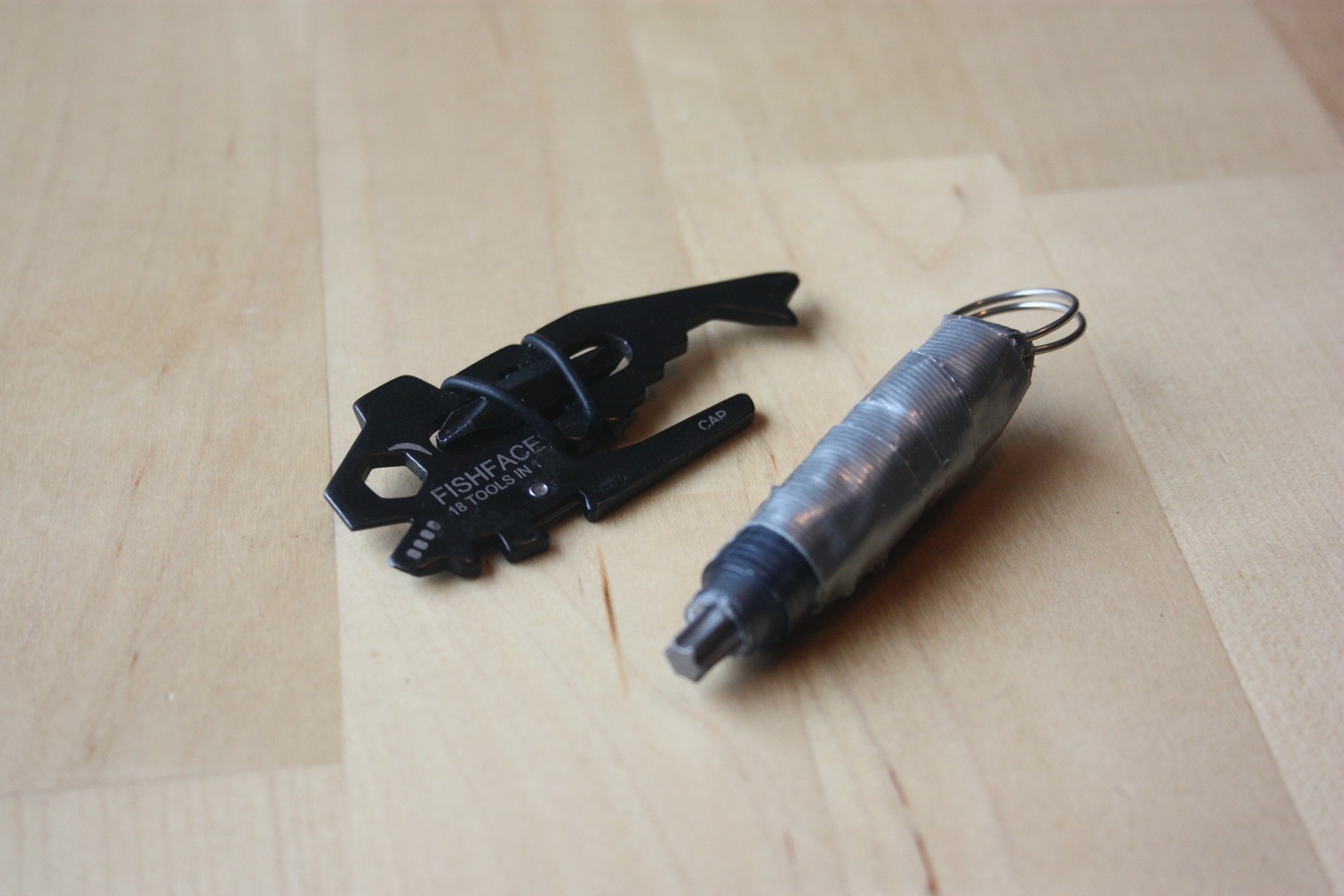 The exact process of making the bit holder will differ slightly depending on the pen you are using, but it is anyway a quick and cheap way of making a small bit holder with things you most likely already have in your house.